An Interview with Chris Adkin 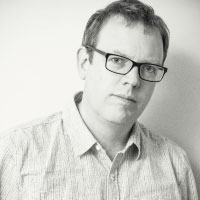 Chris has worked in the IT industry for over twenty years, in roles ranging from developer, to an architect to DBA, Chris's primary area of interest is in stateful workloads and databases running on Kubernetes.

Chris has recently featured in Onalytica's Who's Who in Cloud report.

I first became involved in Kubernetes when Pure Storage released its first storage plugin for the platform, Microsoft made Kubernetes its strategic platform of choice for hybrid cloud workloads also influenced by an interest in Kubernetes. Working for an organization where I have access to people who sit on the Kubernetes storage particular interest group has helped me to hone my skills in the area of Kubernetes greatly.

What sub-topics are you most passionate about?

Stateful workloads on Kubernetes, databases, and automation – I tend to use Terraform a lot when it comes to this.

Who influences you on these topics?

This is an interesting question, the rise of Kubernetes by and large has been fuelled by the technical community, to an extent that has not been experienced by any other platform. As such, the community has played a great part in influencing me. Kelsey Hightower is one of the world’s best technical speakers, and the community owes a lot to him for his Kubernetes evangelism, Kelsey has most definitely been an influence to most people in the Kubernetes community. Other influencers include co-workers who build platforms on Kubernetes and carry out the storage integration work for my employer. One of my favorite virtual places to hang out is on the Kubernetes slack channel at work, it’s the source of some really great conversations and threads.

What challenges are brands facing in this space?

Firstly, whilst Kubernetes traction in the IT industry is undeniable, organisation’s are having difficulty keeping pace with this in terms of finding people with Kubernetes expertise. Secondly, the cloud native landscape is vast, and this is no understatement, pulling the component pieces together to form a coherent platform can be a challenge, which is why certain vendors that provide coherent and supported platforms are so successful.

A good friend asked me why organisations needs platforms built on Kubernetes. Simply put, Kubernetes is a good starting point, however there are additional things you need, such as; secure container registries, ingress controllers, storage plugins, things to facilitate CI/CD such as Flux and Argo CD etc,etc . Back to the subject of the cloud native landscape, as I write this I am at Kubecon 2022 in Valencia, the number of vendors in the Kubernetes space is significant, whilst this is a clear indicator that the Kubernetes ecosystem is both rich and vibrant, as a brand working in this space, how do you stand out from the crowd ?.

What do you think the future holds in this space?

There are a lot of directions in which Kubernetes might evolve, there are things coming to fruition in the near future and then there are things beyond the horizon. If I focus on the near term, projects such as Crossplane point to a future where Kubernetes manifests backed by custom resource definitions might form the “One control plane to rule them all”.

On the storage front, the Container Object Storage Interface will open the Kubernetes world up to object storage via standards being driven by the Kubernetes storage special interest group. Most organisations consume Kubernetes at the namespace level, this makes me wonder if we are heading to a future where control and worker nodes are completely abstracted away by Kubernetes becoming a namespace-as-a-service platform.

Other things such as virtual cluster, which provides the ability for a Kubernetes cluster to be virtualized in a namespace hint at the future of multi-tenancy for developers. If I was to look into a metaphorical crystal ball, virtually every cloud provider has Linux somewhere in its stack, spin up a container, and 99.99% of the time its base image will be based on some flavour of Linux, will we, therefore, see a future when Kubernetes and more specifically its API is the de facto standard for building virtually any kind of platform on.

What brands are leading the way in this space?

My passions outside of work mainly revolve around doing things with my three sons, aged 10, 12, and 14. I go to the gym with my oldest son, and spend a lot of time walking the Adkin family dog, to quote my wife when we got a dog, she said “I want a girl because we have too many boys”. My youngest son, oldest son and I are all Nottingham Forest season ticket holders and as I write this I’m still trying to process and digest the fact that we will be going to Wembley for the championship playoff final !.

While you’re here, why not signup to our B2B influencer marketplace, MyOnalytica? MyOnalytica is the world’s largest B2B influencer marketplace. Influencers can sign up for free and create their own profiles which will be visible to Onalytica clients which include many of the world’s largest brands. Sign up now to showcase your expertise, influence & how you would like to partner with brands.