An Interview with Will Townsend 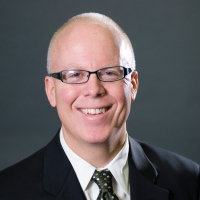 Will Townsend is a frequent Forbes contributor and advises some of the largest networking and telecommunications companies in the world. His more than thirty years of experience spans tenures spent with iconic companies such as Dell & Hewlett-Packard, serving in several senior-level roles including sales, marketing, product management, and business development.

Presently, Mr. Townsend manages the networking infrastructure and security practices for Moor Insights & Strategy, an analyst firm regarded as a leader in the technology sector based on principal and founder Patrick Moorhead’s #1 ranking by ARInsights. Mr. Townsend also ranks consistently within the top 100 technology analysts in the world according to ARInsights and by the same measure is considered one of the top networking analysts in the world covering both the enterprise and service provider markets.

Mr. Townsend holds a Bachelor of Arts degree in Economics from the University of Texas at Austin and an M.B.A. from Texas State University. He has also served as a traveling mentor for Business Council for Peace (Bpeace), a non-profit organization focused on empowering female-led enterprises in areas of conflict around the world in places such as Central America and the Middle East.

30+ years of experience working in corporate.

What sub-topics are you most passionate about?

Who influences you within these topics?

I consult with some of the largest networking companies in the world.

What challenges are brands facing in this space?

What do you think the future holds in this space?

What brands are leading the way in this space?

While you’re here, why not signup to our B2B influencer marketplace, MyOnalytica? MyOnalytica is the world’s largest B2B influencer marketplace. Influencers can sign up for free and create their own profiles which will be visible to Onalytica clients which include many of the world’s largest brands. Sign up now to showcase your expertise, influence & how you would like to partner with brands.