Annual IT trade fair Interop kicked off in Las Vegas on Monday. With the event going into its third day, we analyzed the network of talk surrounding the #Interop hashtag for the first two days to reveal the most influential individuals involved in the Twitter conversation so far (we’ll take a look at the event as a whole once it’s over).

Before we hit the influencer list, we’ve also taken a look at the top 10 hashtags used in conjunction with the #Interop hashtag: 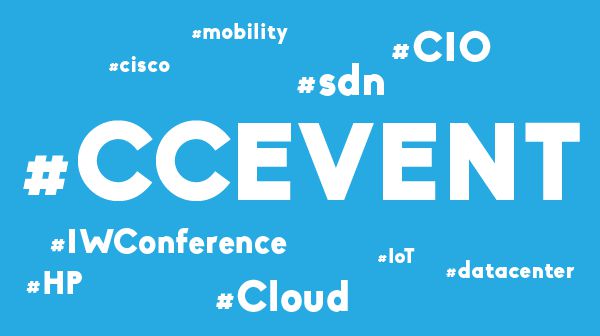 As you can see, the #CCEVENT hashtag (which refers to the Cloud Connect Summit taking place concurrently at Interop) is used most frequently in conjunction with #Interop, while issues such as software-defined networking (#sdn), mobility and the Internet of Things (#IoT) are also strongly related. HP and Cisco are the only brands to appear as hashtags in the top 10, as the two battle it out with their competing software-defined networking protocols OpenFlow and OpFlex.

Here’s a network map of the top 25 influencers in the conversation, showing how they all are connected. Larger nodes indicate greater influence, and vice versa: 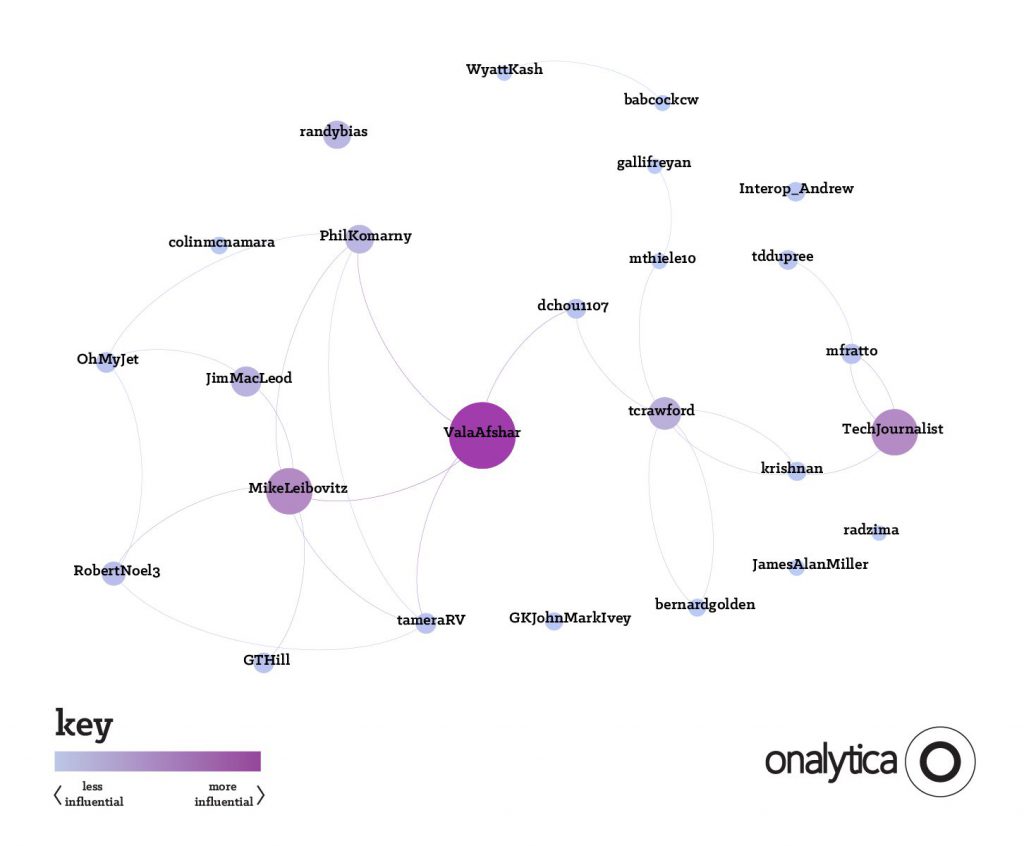 The list below was created by taking in all of the #Interop tweets from the past few days, creating a network from the stakeholders involved, and calculating their relative influence using PageRank analysis.

Stay tuned next week to see who rose or fell in influence during the course of the event, and which related hashtags came to prominence during the event. In the meantime, you can see our other event analysis, including MWC 2014, CES 2014 and IFA 2014.

THE TOP 50 MOST INFLUENTIAL