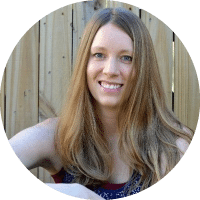 Lisa Seacat DeLuca is a Distinguished Engineer for IBM Watson Internet of Things where she leads a team called the App Factory, focused on bringing IoT use cases to market. Lisa holds a Masters of Science in Technology Commercialization from the University of Texas McCombs School of Business, and a Bachelors of Science in Computer Science from Carnegie Mellon University with minors in Business Administration and Multimedia Productions. This year Lisa was inducted into the Women in Technology International (WITI) Hall of Fame, was named #2 in LinkedIn’s Top Voices in Technology List, named as a Top Women in Tech IoT Influencer by Onalytica, and received an honorary PhD from Claremont Graduate University.  In 2016, Lisa was named one of the Most Influential Women in IoT.  She was named one of MIT’s 35 Innovators Under 35 in 2015, as well as, LinkedIn’s NextWave of 10 Enterprise Technologists Under 35,  one of Fast Company’s 100 Most Creative People in Business, and IBM’s Working Mother of the Year for Working Mother Magazine.  In 2014, she was named one of Network World’s 50 Most Fascinating People in the World of Technology.

She is a TED speaker, a self-published author of two children’s books titled “A Robot Story” and “The Internet of Mysterious Things”, and the most prolific female inventor in IBM history and the only one to ever reach the 100th Invention Plateau Award (an IBM internal patent award system). Her innovation portfolio includes over 600 patent applications filed within the United States and abroad, of which, 300 have been granted, to date. The subject of her patent ideas range from areas such as cloud, mobile, IoT, social, security, cognitive, commerce and everything in between.  Lisa is an AAAS-Lemelson Inventor Ambassador where she increases visibility to the importance of innovation.  Lisa has spoken at numerous tech conferences and written artic.

My background is in software engineering. I got my undergraduate degree in computer science from Carnegie Mellon University. My early experience with hardware and even mobile development was an archaic programming language that was often difficult to debug and time consuming. I think that’s why I ultimately lost interest. I then became a committer for the Apache Cordova – hybrid mobile framework – open source project. I attended an ApacheCon conference and listened in on a talk from fellow committer, Don Coleman. Don showed us how with a few lines of code he connected his Apache Cordova apps over bluetooth to control an arduino which if you’re not familiar, is an open-source hardware and software ecosystem.

That was it for me. I became obsessed, playing with arduino, backing some kickstarters with custom hardware, and playing with near-field communications (NFC) through a few personal projects like laundrynfc.com. I even wrote a children’s book, internetofmysteriousthings.com, which includes some NFC stickers. Since then I’ve completely shifted my mindset to recognize the bridge between our digital and physical worlds and IoT is the perfect avenue to make that happen.

I love the IoT use cases that are adding unpredicted business value in industries that previously you may not have associated with technology. For example, IBM’s work with the Welgevonden Game Reserve in South Africa. Here we are using IoT to help prevent the illegal poaching of Rhinos. Who would have thought that technology could help to prevent illegal poaching?

I also love the consumer side of IoT such as wearables. Specifically wearables that make us healthier or provide  personal assistants that allow us to use our voices to control our environments. Then of course comes the use of artificial intelligence and cognitive computing which together make sense of all the data coming from IoT sensors in real time to uncover insights and transform businesses. Right now this transformation is happening in a variety of places, from elevators and automobiles to manufacturing lines and hospitals.

As an IBMer, I am extremely lucky. I’m surrounded by some impressive influencers. Harriet Green has always been a role model for me and as the General Manager for IBM Customer Engagement, IoT, and Education she is driving the direction of our business. Another colleague who I must call out is Bret Greenstein. Brett the vice president of our consumer business and, more than anyone I know, he sees the full potential and promise of IoT.  His ability to see no boundaries has taught me a ton while opening my eyes to the potential market opportunities in IoT. There are also  many outside of IBM. In fact, I could probably dedicate the rest of this interview to listening them all but even then I might not have enough time.  Here are a few of the top ones I follow on Twitter, Don Coleman and Brian Buntz, who is the content directory of the IoT Institute.

The first Pamela Nesbitt, a Distinguished Engineer at IBM. As a female inventor, Pam has been a great influence and a true mentor to me. After joining IBM, we quickly became friends in the company’s  women’s inventor community, an organization that Pam founded.

And of course I have to mention my kids! It’s true. I have two sets of twins and they are always questioning the world around them. In fact, it was all of their questions about the IoT devices in our house that inspired me to write the children’s book “The Internet of Mysterious Things!” What could possible be more inspiring than that!

I just gave an interview about the future of IoT for the Women of Wearables (WoW) website. We talked about  the key trends over the next 5 years. If we were to narrow the timeframe  down to the next 12 months I’d say to keep an eye out for IoT business cases that merge Artificial Intelligence, Cognitive Computer, and Machine Learning as well as voice interactions that allow for an engaging, hands–free experience across numerous industries.  For example, I wrote an article earlier this year about using Apache Mahout for recommendations and integrating real time IoT sensor data. That’s the type innovation I am hoping to see more businesses embrace in the coming year.

I’ve been very fortunate to be where I am today and it would not have been possible without the help and inspiration of others. Because of that I am always looking for opportunities to provide that same type of guidance to people who are just getting started. One thing I truly enjoy is helping girls in technology and participating in activities that support STEM growth and education. And of course, my inner geek also loves to talk about innovation, not only what I am working on but what else is happening in the industry.

Social media for sure. If you look at my Twitter and LinkedIn profiles, you’ll see that I am very active on both. I truly welcome people to reach out and it’s easiest when they personalize their requests. That really helps to guide my response and so I can give the best feedback possible. Last year a young girl named Emily reached out and asked if she could interview me for her podcast STEMilyK.org that showcased female engineering role models. She drove to my house and filmed the video. Just recently I even just wrote a letter of recommendation for her for her college applications. Those virtual connections can turn into real relationships.