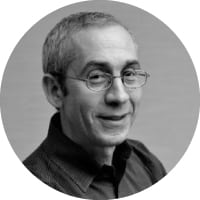 One of Ovum’s most visible analysts, Tony Baer is a recognized authority in extending data management practices, governance, and analytics to address Big Data. He has established two new research practices at Ovum. Baer brings a holistic view to data management and Big Data issues, thanks to a multi-disciplinary background in areas ranging from data integration, application development, and middleware. Baer advises Ovum vendor clients regarding product development, positioning, and messaging. He advises Ovum enterprise clients on how to rationalize data management and analytic strategies as the goal posts are moving. Cited as Brand Ambassador for Informa’s Ovum TMT business unit, he reaches tens of thousands of followers as part of the Big on Data blogging team at ZDNet, along with his Twitter and LinkedIn blogging feeds. He is regularly ranked among the top influencers in big data, analytics, and AI.

How did you get to become an expert in data science?

I became an expert by studying the industry and best practices, and becoming involved in online forums and conferences where I learned about data science from top experts, and following top journals and portals such as KDnuggets and Data Science Central, and being part of communities such as DataDrivenNYC.

What areas of data science are you most passionate about?

While I’m fascinated with how data, technology, and infrastructure are making data science more accessible, I’m most passionate about how to make data science work at the people & process level.

Which data science influencers influence you?

There are many. Just a couple examples include renowned data scientists such as Kirk Borne & Hillary Mason. Those are just a few of the many whom I consider my top influencers.

Outside of data science who else influences you?

Hard for me to list the top five, but among them are fellow data management/big data analytics such as Merv Adrian, Carl Olafson, and Matt Aslett, influential VCs such as Matt Turck. Those are just a few of many.

I’ve always believed that the traditional IT analyst business, which restricted access behind paywalls, is dated. As such, I’ve not only gained influence, but have been influenced by experts who I follow on Twitter and LinkedIn, and through pubic sites such as ZDnet where I get to reach a much wider audience.

It’s hard to ignore the impact of the growth of IoT, adoption of the cloud, and growing interest and practice with AI (for now, mostly at the machine learning end).

Advisory services where brands seek independent review of their positioning, messaging, strategy, and product roadmaps are key opportunities for collaboration. Then there are engagements involving podcasts, webinars, white papers, and speaking opportunities that are also part of the toolbox. I believe that there is a synergy between original research that I perform that is syndicated by Ovum, and sponsored engagements that provide another channel for addressing what the market is demanding.

This may sound very 20th century, but I still believe that the best way to reach me is through a personalized email.