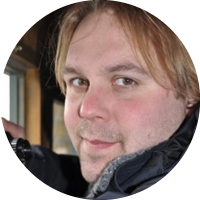 Why did you decide to work with influencers?

When we set up the Nature4Climate program, we did quite a lot of research into the wider sector and what we were trying to achieve. Part of our aim in the early days was to build high-level communications framework for integrating nature as a solution to climate over the many kinds of slightly different but separate campaigns across the land use, forests and climate movement. With a very limited budget, we realized very quickly that the early campaign would be more effective if we focused on influencers, rather than going for a full-on public communications campaign. It was a strategic decision made early on as the best way of directing our budget for most impact.

Tell us a bit about your program

Our high-level objective at Nature4Climate is based on the 2017 Griscom et al science paper. The paper was evidence that Natural Climate Solutions alongside deep decarbonization could deliver one third of the near-term climate by 2030. Our objective was to put in place a five-year campaign to create the political argument to countries to make this happen. Our target was what we call the NDCs, Nationally Determined Contributions, that countries agree on as part of their commitment to the Paris climate agreement. Back in 2018, at the Global Climate Action Summit in San Francisco, we launched our first major influencer campaign called “the forgotten solution”. In our early analysis less than 1% of the overall climate conversation about nature as the solution to climate change. This was the essence of our creative process for the campaign and still a communication metric we measure to this day. Ultimately, we are trying to deliver that shift in ambition for natural climate solutions through using strategic communications and advocacy. It’s very easy to look at the science, however the science wasn’t the challenge, it was a communications and advocacy challenge at the heart of what we do.

Which activities you currently partnering with influences on?

One of our core activities is movement building. The essence of what we do is to create a broad-based coalition of organisations that can work together to shift the needle of ambition on policy, strategic communications, advocacy, science and financing of natural climate solutions. We plug into a much wider movement of stakeholders, both at an organization level and key individuals changemakers. We work hard to map the movement and key influencers and deliver regular insights, briefings, weekly newsletters, media monitoring, the basic components you need to build a modern and agile movement. An example of how we do this is to work with creatives on specific content and campaigns to use as interventions in to the wider social and political climate and nature dialogue. #NatureNow is a digitally focused campaign we support with partners to share content around the power of nature to help influencers to harness the conversation. We also do a lot of events based campaigning around major summits, this includes workshops, rallies, dinners and high-level advocacy dialogues and supporting digital moments. At Davos this year we had 30 key international influencers in a room to have a conversation about the role of Nature Based Solutions to many of the global challenges we all face.

What value do you feel the influences have brought to you as a brand?

I think one big step was moving away from seeing brands as a Twitter feed or an organization channel and to start highlighting actual individuals, which means we became much more targeted in our conversation with people rather than to just generic ‘organizations’ or ‘audiences’. We would actively try to reach out to the CEO or a member of their team in an organization, work with heads of communications, or a leading policy of science person. This approach made us much more disciplined in how we built the campaign. One of the theories we use is ‘the spartan strategy’, 300 to 1000 key people who working together, have the power to win the campaign. We worked with Onalytica to try and highlight the key 1,000 influencers across media, finance, politics, business and other sectors. Through this targeted approach it helped us to understand how they can influence and to what degree they have a ‘gift’ to advance the campaign. We quickly found many people that weren’t in the conversation, were just as important, therefore bringing those new people in has been a key part of what we’re doing.

What business outcomes are you seeking to achieve by working with influencers?

Because we are not for profit, our campaign is about influence and outcome, not profit or sales. The three areas of work include helping key countries to increase ambition, increasing flows of finance and shifting some of the legal and policy barriers to unlocking natural climate solutions. We are very much focused on using an integrated strategic comms and public affairs approach and working with key influencers as a key to unlock action. We are very much focused on using a public affairs approach and using those key influencers as bridges. For example, the insight research lead by Onalytica surfaced that the academics kept quite tightly to academics, NGO’s keep quite tightly to NGO’s so looking at people that can bridge those conversations was key. How do we share new science amongst them quickly? How do we make sure that they are having the right conversations about some of the things that people are seeing as blocks? We are constantly trying to think about how we’re the connective tissue trading outputs and content as the information and factoids that accelerated conversations between different historically siloed groups of influencers.

What metrics do you use to measure success?

One mega measurement that we have, which is something that Onalytica provides us with on a monthly basis, is based on the on-going monitoring of the whole climate conversation. Over time, we’ve created the algorithms and search terms and set up a monitoring system to monitor nature as a share of the overall climate and solutions conversation whether it was about renewables, transport & electric vehicles or nature as a solution, and then we look at what the share of the conversation is on a month by month basis and we use that information to direct strategy and report to partners. We always talk about how we started, with 1% of the conversation, which is now a little bit more than the early days at around 9% and peaking at 12% at key moments. However, we can also examine the influencers’ activity in a detailed bi-annual report by Onalytica, we aim to understand how that conversation is shifting. One really interesting insight was how in the early days, Nature4Climate was a hub pushing content to people, and now the shape of that conversation has evolved to one which is less centralized and became much more organic with much owned and user-generated content around nature-based solutions than it was 18 months ago.

What are the most common challenges you have faced?

Capacity is always the biggest challenge for campaign. We try to keep strategic but realized that being agile and innovative means being able to use our communications and external affairs tactically in a fast-moving and evolving world. Getting people to engage with an influencer campaign is not the same as usual strategic comms or external affairs techniques so you have to work hard to get partners to give it enough attention as it can require slightly different ways of working. As a useful tool, that is always a challenge because everyone has slightly different ways of working. Beyond the tactics, I think its kind of a safety blanket for me as a campaigner providing in some cases, real-time monitoring of a conversation. We probably don’t always use the tool as much as we could on a day to day basis for example for directing social engagement, but it has unquestionably a tremendous value of having it there operationally, tactically and strategically.

If there was 1 piece of advice you would give to influencer marketing practitioners what would it be?

I think being clear on the objective of what you’re trying to do with the program. Understand its added value. If you’re very clear on the strategy that it’s trying to deliver, then working with Onalytica becomes more of a strategic partnership. To start with, I approached it very much from a public affairs viewpoint to stakeholder mapping, but that’s because of my background and own bias. However, it is so much more than that. Some people use it in a more passive way for monitoring. Others, in digital, use it to drive engagement. No two campaigns are ever the same but most of all I love the way it is helping us to innovate and test new ways of driving impact.