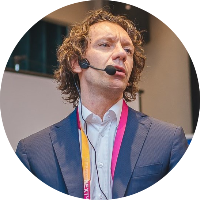 Founder and Director of the IoT Insurance Observatory

Founder and Director of the IoT Insurance Observatory, NED and Chairman of the Innovation Advisory Board at Net Insurance, and Global Ambassador of the Italian InsurTech Association. Internationally recognized as insurance industry strategist and world-renowned authority on InsurTech, he has worked in 20 different insurance markets around the world. Before creating Observatory and co-founding Archimede SPAC, he spent 11 years in Bain & Company. He received his degree in Business Administration from Bocconi University, also an executive program certificate in IoT from the MIT Sloan School of Management

It just happened. I have advised insures for all my career. You start to share ideas, which generates feedback and you learn. Then you enjoy so you repeat, you work hard to do it better…and one day it starts to grow exponentially.

What topic areas are you most passionate about?

Insurance innovation is the area I’m enjoying the most and where I deliver more value to my clients.

Which influencers influence you within those key topics?

I have found myself frequently a contrarian on the topic I’m an expert about, and I don’t pretend to influence on things I don’t know. Looking at my main focus – insurance – I continuously look at what is said, and I try not to be influenced. If I find something interesting, I go two or three levels deeper than the social media buzzwords. I want to look at the raw stuff and talk with the people directly involved. This way, you are exposed to reality and can build an informed perspective. This is how that brings me to have a contrarian position, and I love to debate it. New angles to explore frequently emerge from the debate.

Outside of key topics, who else influences you?

I love to look to perspective outside the insurance arena, it gives you food for thoughts. Jim Marous and Paolo Sironi write things that have always stimulated me. About IoT, Ahmed Banafa has always been a precious source of interesting opinions. About AI, Imtiaz Adam is a reference.

What’s your best source of information for getting ahead of a story? What resource do you use to stay ahead of the trend?

I have a team that constantly scouts for me all the main sources of information. However my LinkedIn network is the best source of insurance innovation news. I’m connected to almost all the insurance professionals passionate about innovation. It almost impossible that something happens and it is not detected by someone in my network.

What brands have you worked with?

My job is my hobby.