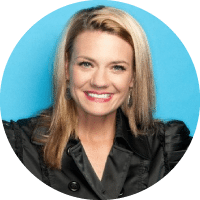 Immersive media entrepreneur at the intersection of virtual reality, story, neurofeedback, and spirituality. National Edward R. Murrow, NAB Service to America and 12 time mid-America Emmy award-winning storyteller. Sarah is the CEO & Chief Storyteller for StoryUP XR. An alum of the Missouri School of Journalism and former adjunct faculty, Sarah’s reporting has taken her team around the globe capturing VR stories about the human spirit in the Amazon, UAE, Congo, Haiti and Zambia. Sarah is fascinated with what she calls “Human Media”, and how a user’s neuro and biometrics can be incorporated into immersive story. StoryUP’s roots are in virtual travel for Veterans. In 2015, Sarah built a program called “Honor Everywhere”, that uses Virtual Reality to allow aging World War II Veterans the opportunity to see their WWII memorial. Sarah is a former interactive news anchor for the NBC & CBS affiliates in mid-Missouri. Her team at KOMU-TV pioneered the use of multi-way video chat during a newscast. She’s covered the aftermath of the 2004 Tsunami in Sri Lanka and Indonesia and produced documentaries in Vietnam and Guatemala on the world’s mobility problem. Most recently, her team produced VR documentaries from the Amazon and eastern Congo about energy poverty. You can read StoryUP’s case studies about immersive media affirmations and their impact on brain wave patterns for empathy, motivation, mindfulness, and positivity here.

How did you get to become an expert in virtual reality?

We are all still learning so I hesitate to call myself an expert. As a TV newscaster, I was using augmented reality in 2011 to interact with viewers behind the scenes of a live newscast. Fast forward to 2012…I was trying to find a solution for a group of terminally-ill Veterans who weren’t able to physically travel to see their memorials in Washington, DC. Together with Jaunt, we created our first VR film. We noticed our VR films appeared to be affecting the Veterans’ mood and physiology. These 80 and 90-year-old men and women would take off their goggles and ask if they could watch the experience again because they “liked how it made them feel”. Honor Everywhere is StoryUP’s volunteer project. The letters we get from thankful families inspire us every day.

What areas of virtual reality are you most passionate about?

VRceuticals. Spiritual Virtual Reality Content.  The ability to use your emotions and positive thinking to control a virtual reality experience.  The ability to use virtual reality to combat social isolation. Biometric-driven narratives. The ability to use VR to allow terminally ill Veterans the chance to virtual visit their memorials. We created a program called “Honor Everywhere” where we ship free VR kits to Veterans who aren’t able to physically travel on an Honor Flight to Washington, DC. We currently have more than 100 Veterans on a waiting list. honoreverywhere.com

Which virtual reality influencers influence you?

Outside of virtual reality who else influences you?

My God, my family, Dr. Jeff Tarrant of the Neuromeditation Institute, Joel Osteen, and my 3 Weimeraners.

StoryUP just released the world’s first brain-computer interface experience for mobile VR. You can read about it here.

VR/MR content Creation powered by BCI (brain-computer interface). We work with brands to create immersive or mixed experiences powered by a brain-computer interface or other biometric devices. StoryUP is also passionate about creating spiritual VR content and documentaries for charities that can be leveraged as a fundraising tool. In addition, we have an enterprise product to reduce workplace stress and fight compassion fatigue. Our VRceuticals are portable kits that are digital chill pills for workplace stress.