With IFA2014 coming to an end last week, it’s been an extremely exciting time for all things consumer tech. IFA is the biggest consumer electronics event in Europe and took place in Berlin from the 5th to the 10th of September. Many products were presented during the event, ranging from the hottest smartphones and wearables to enormous 110” curved TVs.

We ran the #IFA2014 hashtag through our system in order to cut through the noise and figure out which individuals and brands were most influential in the online debate during the event. If you want to find out how we approach influence and influencer marketing, try this article.

Please note: Brands that did not use the official #IFA2014 hashtag will not appear in the analysis

These are all names of “wearable” products that were presented during this year’s IFA and the list seems to get longer each year. A year ago people were extremely excited about tablets and laptop-tablet hybrids being the next big thing, the attention has shifted.

With the major brands now seeing the success in the wearable space thanks to brands such as Fitbit and Jawbone, most of the big players have released wearables to grab a part of the pie. Talking about pies, our pie confirms this tendency below. Wearables generated almost as much discussion as smartphones (.7% difference over the duration of the event). 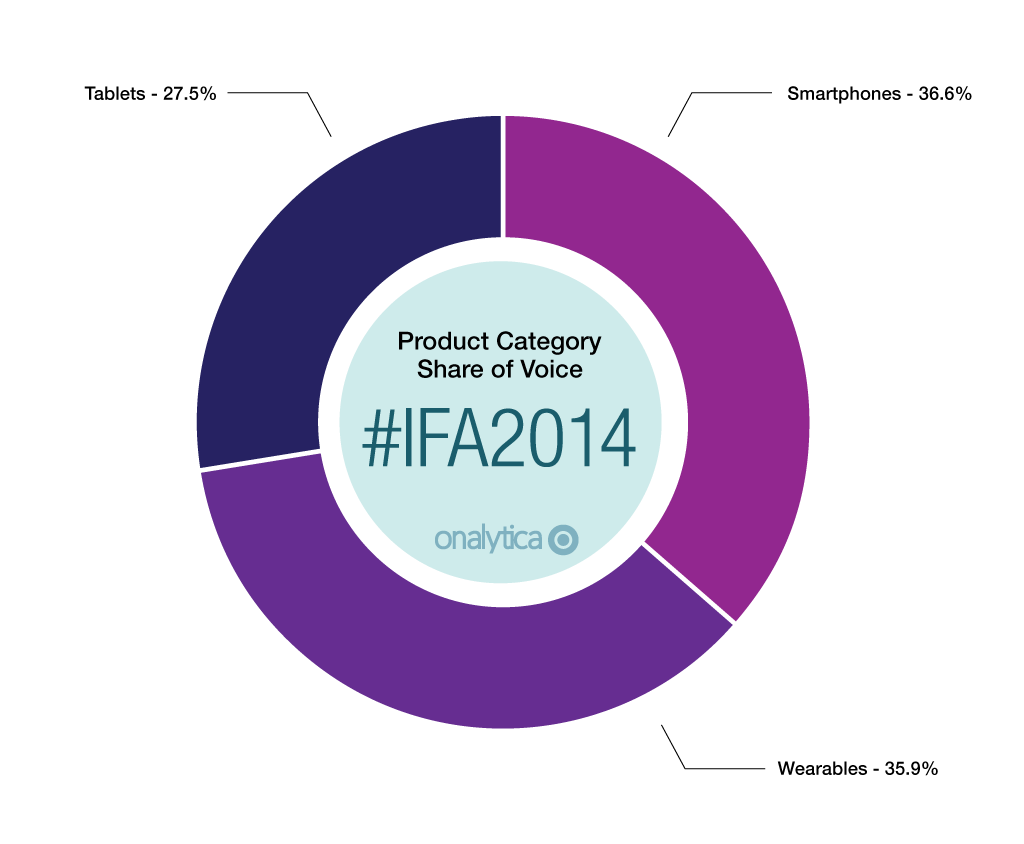 Which brands grabbed the highest share of voice during IFA2014?

Below you can see a lovely pie with our Share of Voice analysis focused on the major brands at IFA. Samsung and Sony were clearly the major players during the event. 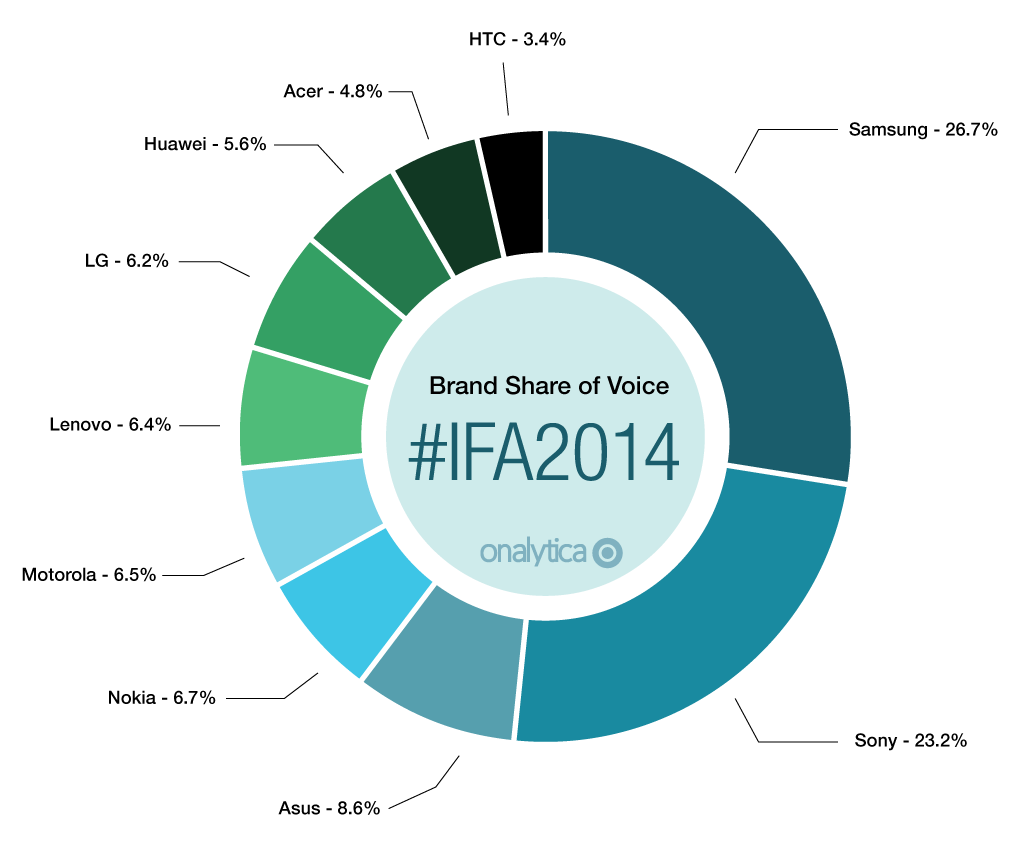 Sony and Samsung managed to account for half (50%) of the Share of Voice during IFA2014. Products from Samsung such as the Galaxy Note 4, Gear VR (A virtual reality headset that uses the Galaxy Note 4), and the Galaxy Note Edge secured Samsung’s 1st place and were very well received among media and the larger public.

An interesting release from Sony that will get gamers excited is its new Remote Play function available on the Xperia Z3 devices. It allows you to stream your PS4 games on your Z3 devices.

Asus managed to secure 8.6% of the discussion thanks to its well-received the release of the “ZenWatch”. Similarly LG created interesting discussion around its G Watch R, which adds another member to the ever growing family of Smartwatches.

If you want to see our full analysis, detailing further releases and products, please download the (free!) report.

Top 50 Most Influential Brands at IFA2014

We took a detailed look at the discussion surrounding IFA2014 to surface the most influential. Find below major companies, media outlets and tech blogs. Don’t hesitate to dowload the full report to access the top 100 brands.

Below are the Top 50 influencers around #IFA2014. Composed of tech journalists, professionals and tech lovers, follow these people to stay up to date on what’s hot in consumer tech.

If you are interested in seeing more of this analysis please download the free report on IFA2014 including the TOP 100 influencers and brands + a full analysis on tablets, smartphones and wearables!

If you are interested in knowing what influencer marketing can do for your brand, please get in touch.

Download this free report which reveals the top brands, products and influencers at IFA 2014