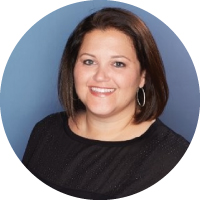 My role is Global Influencer Marketing Manager for HPE and that means, at the worldwide level, I manage our influencer strategy and execution for influencer marketing activities. So it's my job to identify new influencers, maintain a relationship, and bring them into the HPE influencer community if it's a good fit for our brand. Then we do a lot of on-going relationship nurturing, as well as moments in time where we try to meet face to face with influencers at various events. We have about 7 to 10 events throughout the year where we host influencers or engage with them somehow face to face. So, on top of relationship management, I'm also an event planner. The best part about my job is getting to know the influencers and working with them every day!

Why did you decide to work with influencers?

I’ve been working with influencers for almost 10 years now, before they were called influencers and before it was even a thing in the industry. I have been in marketing for 20 years and about 10 years ago I started working on creating evangelists for HPE. I wanted to make them really great bloggers and stars on Twitter and all the other social properties that were up and coming. I wanted them to be able to take the HPE message to the IT audience.

What I found was if I matched an HPE evangelist with somebody else in the industry (at the time we called them bloggers), someone who had an external 3rd party audience, our reach was magnified automatically and very easily. So, I got to know bloggers in the industry and that evolved over time to creating videos and podcasts with them and hosting them at events. It just snowballed into a program where we realized very quickly the value that influencers have. They’re very authentic and their audience really trust their opinions, so we decided very quickly it was our job to educate influencers on HPE and partner with them to tell compelling stories.

Tell us a bit about your program

When we first started, the aim was basically to partner with influencers for content. We wanted to create content together or we wanted to be able to make sure the influencers had as much knowledge about HPE as possible. Over time we learned that building relationships with these influencers is really core to our program. At the time we had two major flagship corporate events but they were 6 months apart. So, we were only really engaging influencers every six months. We implemented an always-on program and established a community where we can engage influencers regularly. They get new content from HPE and see the latest news and announcements. So that was a big shift, changing from a twice-a-year event model, to actually being able to reach the influencers every single day. We also asked them to tell us what they’re working on so we could help promote their content through our various channels as well. So it’s always a two-way street. We share information with them and they share information with us. What we’re finding is it’s really building an authentic community among the influencers themselves, as well as reaching their audiences. It’s a great model and I’m really pleased that the always-on portion of our program has taken off like it has.

Which activities are you currently partnering with influencers on?

On the events side we have a few different types of events. We have our HPE owned events where I build a custom program for influencers. We have our own track at HPE Discover which is our flagship event where I bring in experts and SMEs (Subject Matter Experts) from the business to talk exclusively with the influencers. This saves them from having to attend various event sessions and getting lost in the crowd. I bring the experts to the influencers and that approach has been successful. We’ve done that now for over for 10 years and the influencers really seem to like that model. We also have industry events where we host a “coffee talk” session where we’ll bring in a SME to talk to the influencers. Then of course they are also able to participate in the broader event as well. Events have proved to be very effective at reaching new audiences but more importantly for building relationships with the influencers.

Social amplifiers that have a broad audience drive the most general awareness for us. One question I always ask is ‘are we reaching the right audience?’. So if an influencer has half a million followers, that’s fantastic and it really helps us with overall awareness, but are those half a million folks the ones that we actually need to be reaching with our HPE message? We’re a B2B business so our approach is going to be different than someone who’s in a consumer-focused industry where they’re selling directly to their consumers en masse, so reach is critical for them. For us we have more of a niche audience.

We also like to work with influencers who are experts at creating video interviews so that we can quickly get our message out to their audiences.

What value do you feel the influencers have brought to you as a brand?

I’m probably the biggest fan of influencers in the company! I’m constantly promoting the influencers’ value. Not only to them and making them feel appreciated to be a part of our community, but also to our management team, executives and decision-making folks at HPE. I can honestly say people have bought into the value of influencers. We partner with many types of influencers and each one of them have separate strengths in terms of what they can bring to us as a brand. We partner with storytellers and content creators, influencers who can reach a mass audience quickly, experts who geek out on the technology and the thought leaders for strategic insight. There’s not a one-size-fits all and that’s okay. I love getting to know each influencer and how I can partner with them for the most impact.

What business outcomes are HPE seeking to achieve by working with influencers?

Our goal is to be able to extend our HPE brand, portfolio messaging and thought leadership to an audience that we wouldn’t otherwise be able to reach. We want a very credible story to be told by authentic influencers – that’s the ultimate goal; to be able to partner with influencers who have that credibility and authenticity to be able to tell our story to their audience. Ultimately, our north star objective is to convey the HPE strategy and value prop to senior IT executives and decision makers, and we believe influencers are the tip of the spear to accomplish this

What metrics do you use to measure success?

We measure the overall social metrics such as reach, relevance and resonance. We also measure success stories. I’ve had a couple of influencers say, “because of my attendance at your HPE Discover event, I learned about HPE GreenLake and was able to recommend that to a customer and they’re going to be making a purchase soon.” Stories like that are a very easy win for me. I can go back and say, “look at this program, it’s literally driving sales, it’s more than just awareness.” I live for stories like that. I don’t hear them all the time but we do hear them often enough to include them in our overall metrics. Additionally, when we can get metrics from our influencer content, that’s also very helpful to us. For example how many views did an influencer-generated video receive? How many comments did a blog get? That kind of thing. We also measure our overall share of voice in the industry as well.

What are the most common challenges you have faced?

The biggest challenge I face is finding and staying up to date on the latest influencers to cover our broad portfolio of products, solutions and services. I am constantly looking for new influencers and keeping up with our existing influencer base to make sure we are working with the best in the industry. Of course, Onalytica has been a great partner to help me with this. Sincerely.

If there was 1 piece of advice you would give to influencer marketing practitioners what would it be?

This job is all about relationships. Getting to know the influencers personally and building a relationship with them will bring more value to you as you represent your brand than anything else you spend your time doing.