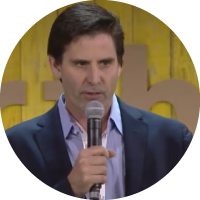 Professor of Civil and Environmental Engineering at Stanford University

Mark Z. Jacobson is Director of the Atmosphere/Energy Program and Professor of Civil and Environmental Engineering at Stanford University. He is also a Senior Fellow of the Woods Institute for the Environment and of the Precourt Institute for Energy.  He received a B.S. in Civil Engineering, an A.B. in Economics, and an M.S. in Environmental Engineering from Stanford in 1988.  He received an M.S. and PhD in Atmospheric Sciences in 1991 and 1994, respectively, from UCLA and joined the faculty at Stanford in 1994. He has published two textbooks of two editions each and 153 peer-reviewed journal articles.  He received the 2005 AMS Henry G. Houghton Award and the 2013 AGU Ascent Award for his work on black carbon climate impacts and the 2013 Global Green Policy Design Award for developing state and country energy plans. In 2015, he received a Cozzarelli Prize from the Proceedings of the National Academy of Sciences for his work on the grid integration of 100% wind, water and solar energy systems. He has served on an advisory committee to the U.S. Secretary of Energy, appeared in a TED talk, appeared on the David Letterman Show to discuss converting the world to clean energy, and co-founded The Solutions Project (www.thesolutionsproject.org).

How did you get to become an expert in the future of energy?

My career goal, ever since I was a teenager in the early 1980s, was to understand and solve large-scale air pollution and climate problems. For the first ten years of my research career, from 1989-1999 (during my PhD from 1989-1994 and my first years as a professor at Stanford University, starting in 1994), I only studied the problems through the development and application of computer codes to simulated air pollution, weather, and climate. However, in 1999, I started working on solutions together with the problems. I simulated the impacts of different energy technologies on pollution and climate, and evaluated with my students, wind energy resources. This culminated in a review paper in 2009 where I evaluated different energy technologies that had been proposed to solve the climate and pollution problems. Dr. Mark Delucchi and I then wrote a paper in 2009 evaluating whether it was technically and economically possible to power the world for all energy purposes with the highest-ranked of these technologies, namely wind, water, and solar power. The conclusions was that it was possible but social and political barriers existed. Since then, we have been refining our solutions to the country, state, city, and town level and looking at grid stability.

What areas of the future of energy are you most passionate about?

Which future of energy influencers influence you?

Outside of the future of energy who else influences you?