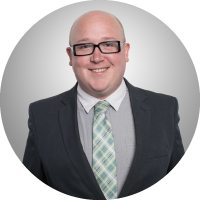 Taylor Kuykendall is a journalist interested in energy, science, policies, and politics. He researches a variety of news topics on coal companies covered by S&P Global Market Intelligence. He is constantly scanning news wires and combing regulatory documents, newspapers and company websites while investigating and writing a variety of original stories on the U.S. coal sector. He graduated from the Marshall University W. Page Pitt School of Journalism and Mass Communications in 2009.

How did you get to become an expert in the future of energy?

I went to Marshall University to study biology but became interested in journalism. I first explored that interest primarily in the topics of music and travel writing before taking a full-time job as a general assignment reporter in Mississippi. A different newspaper gig attracted me to Beckley, W.Va. where I was introduced to some of the issues of the southern West Virginia coalfields while learning how to cover the state legislature and booming natural gas development in the northern part of the state. That led to a job with the State Journal, where I covered general energy issues in West Virginia.

Since taking a job with S&P Global Market Intelligence, known as SNL Energy when I came here five years ago, I’ve concentrated my focus on the U.S. coal industry. In our newsroom, we spend a lot of time immersed in the sectors we cover. While some days we may be attending industry conferences with top industry influencers, other days we are studying lengthy documents or large sets of data in a hunt for the latest and best market intelligence available.

I can’t say that when I was sitting in high school or college I would have imagined myself spending five days a week delving into the world of mining and selling coal in the U.S. However, I find the challenge of exploring the issues around the sector highly interesting. Processing and condensing those issues into a format that is easily digestible for our readers is a challenge that motivates me to produce material that is highly interesting, but above all, accurate and fair.

What areas of the future of energy are you most passionate about?

Which future of energy influencers influence you?

I find that “Energy Twitter” is a pretty solid group of people closely following the energy sector. Several of the journalists on the list are essential follows for those watching the energy sector, including some great journalists such as Brad Plumer, Ed Crooks, Amy A Harder, Jennifer A. Dlouhy, Ari Natter, Stuart Wallace and Lisa Friedman.

Outside of the future of energy who else influences you?

I have presented and attended energy conferences and often conduct radio and print outlet interviews large and small. This is often to help better explain some facet of the U.S. coal sector, either broadly, or in the context of developing news.

While coal’s long-term prospects are looking dim in the U.S. due to aging coal plants and a lack of new coal capacity construction, the near-term future of the U.S. coal industry is tied very closely to the price of natural gas. I think we will likely continue to see pressure on the sector as most are forecasting natural gas prices to remain low. With utilities still making plans to retire coal-fired power plants and few plans to build any new capacity, the market for coal here could become increasingly competitive without some major change in the fundamentals of natural gas markets or a sudden opening to current export markets.

In the meantime, I think a lot of other energy sources will be trying to capture a bigger piece of the pie from fossil fuel producers. All of this is happening against the backdrop of a big debate about the resilience and reliability of the grid, an area both the coal industry and the administration are seeing as a potential way to make good on Trump’s promise to put coal miners back to work. That promise has proven tough to fulfill in a major way in the first year of his presidency.

I am always interested in learning about new ways to talk about the sector in public formats including podcasts, speaking opportunities and other interviews.