Onalytica Bids Farewell to Influencer Lists as You Know Them

Back in 2009 when Onalytica was founded, B2B influencer marketing was in its infancy and still finding its feet. Influencer platforms were few and far between, “influencer” wasn’t in the dictionary as a social media term and Forbes & The Sunday Times influencer lists didn’t exist.

Onalytica was a key pioneer in the familiar influencer lists as we know them today and have made great strides in connecting topical communities around the world. We launched our first influencer list back in 2012 on the Top 200 Most influential Economics blogs. We’ve since gone on to publish another 162 lists to date on everything from Fintech, AI & Cloud, to topics such as Cancer Care and Sustainability. We’ve learned along the way, taking on board feedback from influencers, our customers & readers and adapting our algorithm as we learn what true influence in this digital age looks like.

Onalytica’s lists have become globally renowned, with influencers including their Onalytica Ranking in their Social Media bios as a badge of honour. We’re proud of what we have achieved and we have our community to thank for getting to where we are today. 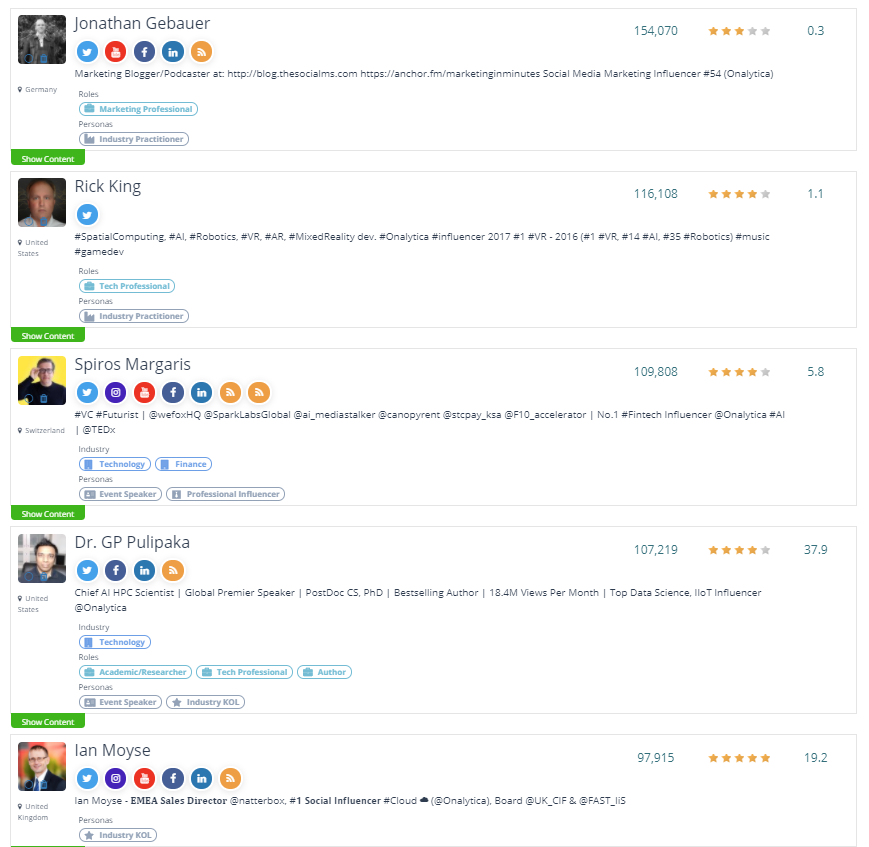 But we want to do more; we want to make our lists more worthwhile to our readers. We want to capture not only online influence across Twitter, LinkedIn and blogs, but to also capture the influencers doing great work offline too.

We have put together our first Who’s Who report on the topic of IIOT, with the help of the wonderful team at IIOT World, which we will be launching next Tuesday (15th September). To receive the report as soon as it’s live, subscribe below.

Receive Onalytica's content and news straight to your inbox